Why are chronographs such a popular luxury watch complication? 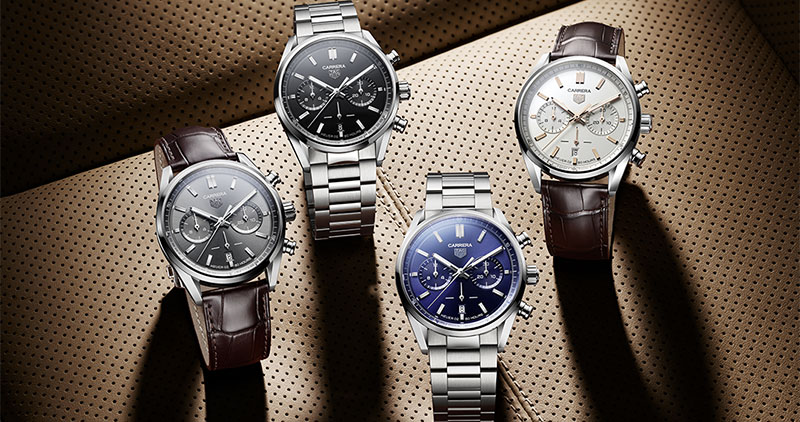 The majority of modern luxury watches on the market today tend to feature at least one ‘complication’ - a catch-all term for any extra function on a watch that does something other than simply tell the time. An annual calendar is a good example of a relatively simple complication you can find on luxury watches from a wide range of manufacturers. A chronograph, on the other hand, is a notably more advanced complication, often featured on high-end watches from particularly prestigious manufacturers.

A chronograph is essentially a technical term for a stopwatch; a function that allows the user to measure the passing of time in increasingly smaller increments. The name itself derives from Greek, and literally means ‘time-writer’. This is because the very first version, invented in 1815 by Louis Moinet, was designed for use with a pen. He’d intended it mainly for use with astronomical equipment, but only a few short years later, fellow Frenchman Nicolas Mathieu Rieussec refined the creation further, and the world’s first commercial chronograph was born. Today, over two centuries later, it remains a firm favourite in luxury watch complications. Here are just a few reasons why!

The chronograph’s ability to measure and record time in split-second increments makes it invaluable to a massive range of sectors and industries, many of which were changed forever by its introduction. Rieussec’s chronograph, for example, was celebrated with gusto by King Louis XVIII, who used it to time horse races. Since then, it’s been a staple of countless sports, races and otherwise. Running, motorsports, and fencing are just a few examples of sports which rely on chronographs for incredibly precise timekeeping, where less than a second can make all the difference between a loss and a victory.

The utility of chronographs isn’t just limited to the world of sports, however. They’ve also famously been used in aviation almost since the very first plane took flight. Pilots historically used them to provide a time reference that they could combine with their speed in order to work out their exact position. In fact, it’s not unusual for calculations like this to have saved lives.

One of the most prominent examples of this was of course the Apollo 13 mission, which almost ended in disaster when an explosion decimated the workings of spacecraft. The failure of a particular electric timer was one especially potent threat, and the astronauts instead relied on the chronographs in their OMEGA Speedmaster watches to time the engine burns which would safely re-orient the craft for re-entry into the Earth’s atmosphere. Today, chronographs are still a favourite of commercial, private and military pilots all over the world, providing peace of mind against similar and no less deadly instrument failures.

Deep space and boundless skies aren’t the only hostile environments in which wearers entrust their watches with their lives. Divers and marine explorers have been known to use their chronographs to keep track of how much air they have left, and in the past they’ve been used in military operations to execute plans with unyielding precision (such as the Great Escape of 1944). The list goes on!

Diversity of the designs

While the chronograph complication is often referred to as if it were a singular invention (just as we’ve been doing throughout this article so far), it would technically be more accurate to describe it as a family of complications, each one of which can be classified individually according to its intended application. The Mono-Poussier, split-second, and flyback chronograph are all amongst some of the most well-known chronograph variations.

The Mono-Poussier, otherwise known as the one-button chronograph, is the most straightforward of these complications. Operating it is simply a matter of pushing the button successively to start, stop, and reset the chronograph. The fly-back chronograph brings an additional level of complexity to the complication, with a second button that allows users to instantly reset the counters back to zero. (That makes it particularly valuable for navigation, and other uses where split-second timing might be required.)

Then there’s the rattrapante, or split-second chronograph – not to be confused with the flyback! The split-second chronograph features a total of three pushers on the watch case, with two second hands on the face; one superimposed over the other. When the chronograph is in operation, one of these second hands can be stopped, started, or reset, completely independently of the other. This enables the wearer to measure two spans of time concurrently. 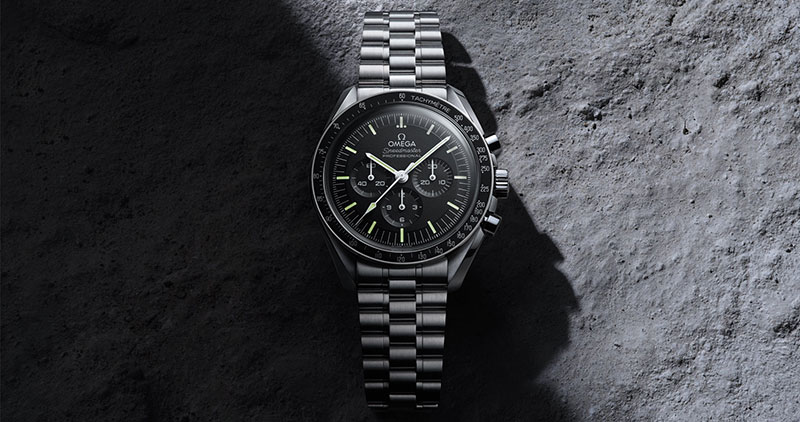 The sheer complexity of the chronograph is a sizeable part of its appeal; it’s a true marvel of horological engineering. For those fascinated by the mechanical intricacy of luxury watches, there are few more captivating features than a lovingly-crafted chronograph complication. Indeed, a chronograph of notable beauty and complexity can elevate a watch from well-made timepiece into an indisputable work of art.

It’s no surprise, then, why some chronographs are regarded as a point of particular pride for individual watch manufacturers; an elaborate and deeply personal creation that serves as an enduring testament to the abilities of the watchmaker who made it. With that in mind, it’s easy to see why some of the most valuable watches in the world incorporate chronographs as a prominent feature of their design.

An historical and cultural icon

As we’ve touched upon above, the chronograph introduced dramatic and permanent changes to the fields of sport, aviation, exploration, and the military (just to name a few). In doing so, it earned itself a place at the centre of some of the most momentous events in recent history; so if you’re interested in the cultural significance and human interest stories behind each individual luxury watch, a chronograph complication may well hold a certain allure.

The aforementioned Apollo 13 mission is one such historic event that springs to mind. Tens of millions of people all over the world anxiously watched the near-disaster unfold, praying for the survival of the astronauts – whose lives were, for the briefest of moments, entirely dependent on the mechanisms of their OMEGA Speedmaster chronographs.

Just over twenty-five years before the events of that fateful day, a chronograph was used to co-ordinate another high-stakes mission – that of the Great Escape from Stalag Luft III, Germany, 1944. None of the men involved initially owned a chronograph watch – incredible as it may seem, they had one mailed to them during their incarceration, promising to pay for it after their escape. Luckily for them, Rolex founder Hans Wilsdorf was a committed supporter of the British cause. He took the conspirators at their word, and used the Geneva Convention to ensure that the POWs received their package via the Red Cross. He also enclosed a personal letter apologising for its late delivery, which was very polite of him.

During the first half of the 20th century, wristwatches were often heavily relied upon by officers to precisely time troop movements. In situations where mere seconds could make all the difference between life and death, it’s not unreasonable to assume that the invention of chronographs could well have changed the outcome of key battles. That last bit is just conjecture on our part though – exactly which battles were influenced on the invention of chronographs is one of the many facts which has sadly been lost to the ages. (Still, it’s fun to speculate, isn’t it?)

Of course, we’d be remiss to suggest that the legacy of the chronograph was entirely one of conflict and danger; it’s also characterised by moments of triumph and celebration, having been the primary mode of timekeeping during the Olympics for decades. What’s more, chronograph luxury watches are still notable favourites of several important figures today, such as former US president Barack Obama – who favours a TAG Heuer chronograph, in case you’re wondering.

The chronograph was and remains a truly unparalleled innovation, both in the world of luxury watches, and beyond. Though many of its former roles may have now been subsumed by electronic and digital technologies, it continues to have an array of practical uses for wearers across a wide variety of applications, and it’s not hard to see why it remains one of the world’s most sought-after luxury watch complications.

Indeed, we have an extensive range of luxury watches for sale right here at Leonard Dews, many of which incorporate a chronograph complication. You can browse them right here on our website, or at our expansive Blackpool showroom, choosing your favourites from a number of world-renowned manufacturers such as Patek Philippe, TAG Heuer, OMEGA, and Longines – just to name a few! If you’ve got any questions, or you’re searching for a specific model, don’t hesitate to get in touch with us on on 01253 754 940, emailing us on enquiries@leonarddews.co.uk, or simply asking one of our showroom staff. We’re always happy to help!