The moon phase – a complication to eclipse all others?

Watch complications come in many forms, and you’ll find plenty of exquisite examples amongst our range right here at Leonard Dews. Whether you’re exploring our site or visiting us in person at our expansive Blackpool showroom, you can find everything from date apertures to perpetual calendars, chronographs to world time dials.

Now, most of these complications can claim at least some measure of practical use, even if in real-world terms the application might be somewhat opaque. (Chronographs that are accurate down to literal milliseconds are undeniably impressive, but there’s perhaps not much call for that level of precision in everyday use.)

But then again, not every complication has to provide practical utility to be treasured by its wearer; some are designed simply for their sheer beauty. The epitome of this kind of complication is, of course, the moon phase complication. One of the earliest watch mechanisms ever developed, it’s exactly what it sounds like – a mechanism that displays each phase of the moon as it progresses through the cosmos over the course of each month.

As you may already know, it’s not without its critics – there are plenty of people who simply don’t see the point in a luxury watch complication that doesn’t actually do anything. On the other hand, there are countless buyers who will happily reserve sizeable amounts of their budget for a moon phase complication alone.

So, why do so many of us still feel such a strong lunar pull? 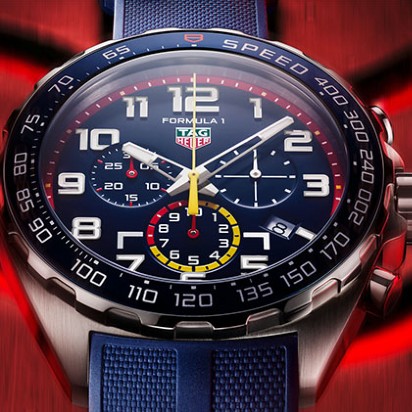 Even the most sceptical of observers can’t refute the sheer, captivating beauty of a moon phase complication. As an aesthetic choice, it’s almost unrivalled. The design itself obviously varies from watch to watch, but by its very nature, a moon phase complication is intricately designed, often with a highly distinctive style that serves to enhance the overall appearance of the watch.

Moon phase complications frequently have a certain dreamy quality to them, and that alone can make them a relaxing sight. It is, essentially, a miniature piece of artwork that you can carry around on your wrist. And just like all the best artworks, it can be appreciated not just for its surface aesthetics, but for its deeper meaning too.

The story of mankind and the moon

Stories are something you might have seen us discuss a fair amount on the blog here at Leonard Dews, and with good reason. Stories are at the heart of luxury watches – they’re a big part of what makes them far more than the sum of their components. Their stories are what help us to connect with them on an emotional level, and it’s a large part of the reason why the character of your luxury watch is defined by its heritage. And two such stories are represented by the moon phase complication.

The first is about mankind’s relationship with the celestial world, hearkening back to the earliest days of our connection with the sky and stars. Before we developed the technology that pervades almost every aspect of our lives today, we looked to the skies for help with fishing and farming. Fishermen tracked the movement of the moon and the tides as it provided a useful indicator of when fish would start migrating. For farmers, on the other hand, the lunar phases could help them judge the best time for planting or harvesting certain crops.

Of course, as a species we’ve now moved on to more sophisticated fishing and agriculture techniques, but for certain enthusiasts, a moon phase complication still serves as a serene reminder of this connection between man and moon – even if that connection isn’t quite as symbiotic as it used to be. 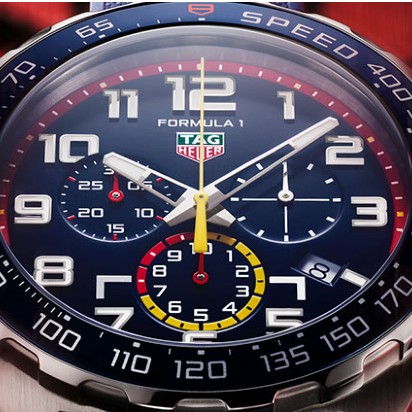 The story of the watch itself

To a large extent, complications go some way to defining the very essence of a luxury watch. They represent not just what it can do, but also what it aspires to be. Moon phase complications are typically reserved for the most elegant and refined watches in a brand’s collection, to impress without ostentatiousness, and to be treasured for their distinctively understated style.

Intriguingly, the moon phase complication has its own individual significance for several of the world’s most prestigious watchmakers.

The first and most obvious is Patek Philippe. The historic watchmaker has a longstanding reputation for pioneering new trends and technologies, and true to form, it was Patek who originally invented the moon phase complication about 100 years ago, in 1925. Even back then, we were still long past using the moon for fishing or agriculture, but its aesthetic appeal was apparent immediately, and its no surprise that it’s still capturing our imaginations almost a century later.

Other watchmakers only adopted it decades later. Only as recently as 2016, OMEGA incorporated a moon phase complication with its Speedmaster Moonphase Master Chronometer Chronograph. As you may already know, the Speedmaster has its own special relationship with the moon, having made history when it became the watch that Buzz Aldrin took for his one small step back in 1969. That gives the Speedmaster’s moon phase complication a particular gravitas, and one of the reasons why the watch’s newest iterations remain perennially popular with both longtime followers and newcomers to the brand.

Now, these two are somewhat special cases, examples of the moon phase complication being deeply intertwined with a watchmaker’s history. Other manufacturers don’t share quite the same depth of connection with the moon phase, but have done an enviable job of adapting it to their own brand regardless. Longines is one such watchmaker that springs to mind – the moon phase is the perfect fit for its watches, many of which are the very picture of elegance. That alone makes the moon phase a natural inclusion on many Longines timepieces, beautifully suited as it is to their understated aesthetics.

Whatever your individual feelings about the moon phase complication, there’s no question that it continues to spark some fascinating discussions about the nature of some complications, and exactly what they mean for each wearer. And of course, if it’s the kind of thing you’d love for your own luxury watch, you’re in exactly the right place.

You can find all sorts of luxury watches at Leonard Dews, whether you’re searching here on our website, or exploring our expansive Blackpool showroom. As well as pieces from the likes of Patek, OMEGA, Longines, we’ve also got plenty of references from TAG Heuer, Bremont and TISSOT. Feel free to take a look around – and if you ever need any answers or advice, we’re only too happy to help!