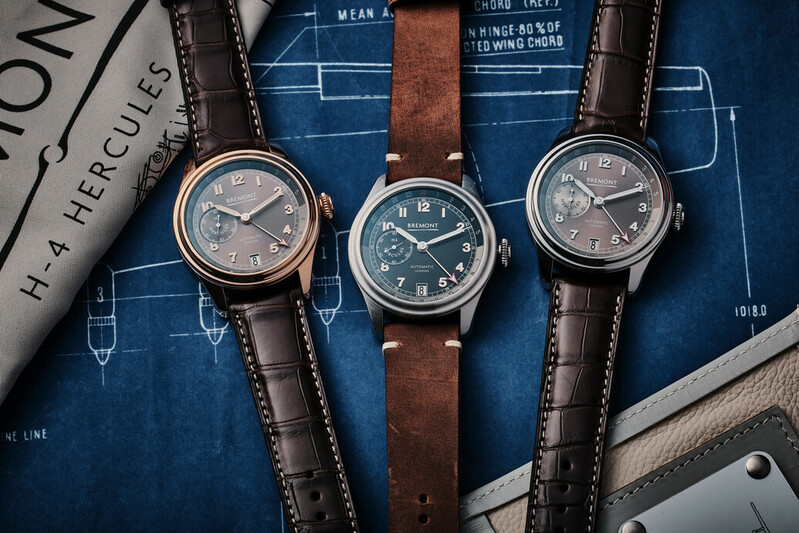 These watches were made in celebration of the legendary Spruce Goose, which was a plane designed by Howard Hughes in the 1940s. Not only does the H-4 Hercules celebrate the Spruce Goose, it actually incorporates pieces of it!

Birchwood veneer from the plane finishes the four tungsten propeller-like blades on the watch’s BWC/02 movement. Plus, aileron fabric from the plane’s control surfaces is sewn into the bridle leather watch packaging.

The dial features a sub-dial at 9 o’clock, a date window at 6 o’clock, and the red arrow of the GMT hand. 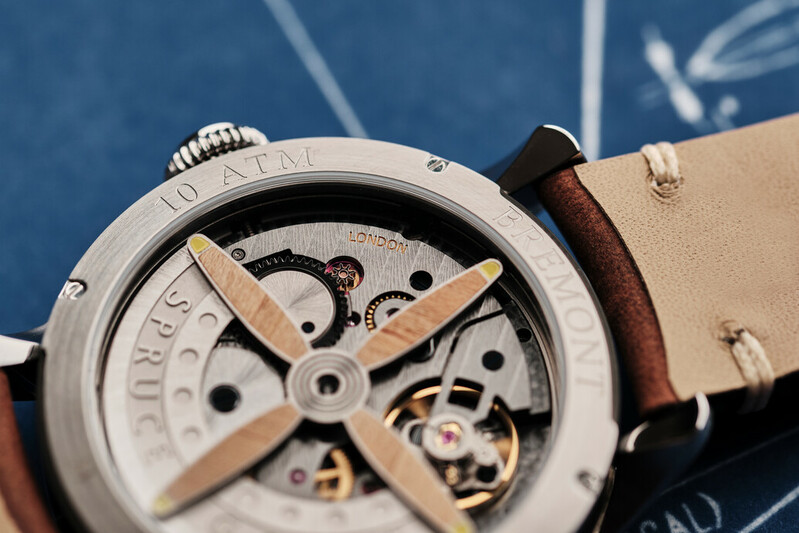 The story of the Spruce Goose is fascinating. Howard Hughes, a Hollywood studio owner and owner of the Hughes Aircraft Company, wanted to build a transport cargo plane which could avoid U-Boat torpedoes during the Second World War. Due to supply shortages, it had to be built from birch wood instead of metal.

Hughes was successful in building the largest plane in the world (at that time), which boasted a 320-foot wingspan! However, the Allies had already turned the tide of the war by the time the plane was ready. In 1947, the Spruce Goose took flight for the first and last time, for a full 26 seconds.

We have a wonderful collection of Bremont pieces at Leonard Dews, take a look around our website to see what we have in stock.