5 key reasons why Patek Philippe watches are so valuable

If you’ve had your eye on the horological headlines recently, you might have noticed one of OMEGA’s latest releases – the OMEGA CK 859. Though it might appear unassuming at first glance, that understated appearance belies a fascinatingly complex interior, presented with distinctively traditional charm. And of course, as with all OMEGA’s watches, it embodies centuries of watchmaking heritage and prestige, so it’s not hard to see why it’s attracting the gazes of so many longstanding fans of the brand (not to mention its fair share of curious newcomers).

With several OMEGA CK 859s now in stock here at Leonard Dews, we’ve had plenty of time to appreciate them ourselves – here’s why we think you’ll love them just as much as we do!

You don’t have to be an expert in to know that Patek Philippe timepieces are, quite simply, some of the most highly sought-after luxury watches on the face of the planet. Even amongst the pantheon of Swiss luxury watchmakers, their prestige is still second-to-none – quite an achievement, by anyone’s standards!

Now, even a brief look at any Patek Philippe watch will tell you why it draws the eye of so many buyers. But not all of Patek’s appeal is apparent from just a glance – it pays to know a bit about the heritage and the story of the brand, too. That’s what we’re here for at Leonard Dews! With more than 140 years of history to our name, we’re in the perfect position to tell you exactly why Patek Philippe watches are so valuable… 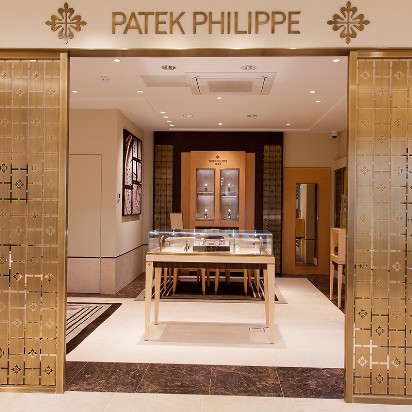 #1 and #2 – The design and craftsmanship of each luxury watch

It’s hard to overstate the level of genuine artistry and exceptional craftsmanship that Patek Philippe brings to each luxury watch. Its pieces are the quintessential examples of watches as art – the quality and attention to detail is almost unrivalled, encompassing everything from the dial itself to the faceted batons and hands.

There’s also the sheer variety and beauty in the hand-applied decoration present in every Patek Philippe watch – depending on the design of the piece in question, this can include inlays, enamel painting, the setting of precious stones, and the delicate engravings. Even the cases are made mostly in-house, and often forged from solid pieces of gold or platinum, which are then finished manually.

All told, each one consists of 252 parts – so as you’d expect, the manufacturing process takes time. At various stages, the tops are brushed and decorated, and every plate and bridge is bevelled internally and externally. In fact, the dials go through up to 200 smaller separate procedures, which is why an individual watch can take anywhere between four to six months to complete. (Indeed, the conceptualisation and actual design of the watch can often be anywhere between three to five years.)

And that leads us neatly onto…

With Patek Philippe watches regularly receiving so much press, it’s easy to forget that each one is actually a rarity, relatively speaking. Patek Philippe makes around 50,000 watches annually, and is believed to have made less than a million since it was first established in 1839. (Meanwhile, some other watchmakers have been known to make at least that number every year!)

Of course, one reason why Patek Philippe isn’t interested in scaling up its production numbers is to ensure that its craftsmen are able to maintain the famously exacting quality standards that buyers the world over have come to expect from Patek timepieces. Another is that it takes time to source, smelt, and assemble all the separate materials in each watch’s construction.

On average, even some of more straightforward watches in Patek’s range tend to take upwards of nine months to manufacture, and the more complex ones can sometimes take up to two years. They’re true labours of love, desired by many but possessed and treasured by only a few. All that means that buying a Patek Philippe watch is a true commitment – and once yours is on your wrist, you’ll never want to take it off.

#4 – The technical ingenuity and innovation

Over the course of its nearly 200-year history, Patek Philippe has earned itself a reputation as a true pioneer in the field of horology, having developed a wide range of advancements which have come to set the standard for entire industry. Today, Patek Philippe holds around 100 patents for its contributions to horology.

This includes the first lady’s repeating wristwatch, which was created by Patek Philippe all the way back in 1916. It was followed shortly afterwards by the split-second chronograph and the first perpetual calendar (which automatically adjusts to the number of days in a month, and accounts for leap years).

In 1932, Patek Philippe released the Calatrava, otherwise known as the wristwatch which defined a generation. It had a massive influence on the perception of dress watches as a whole, and how they were viewed and used in society. Even today, the Calatrava is still regarded as the quintessential dress watch.

In 1989, Patek Philippe released the Calibre 89, a movement that comprises 1728 unique parts and 9 different complications. Less than a decade later, Patek Philippe patented an entirely new annual calendar mechanism, in 1996.

It’s easy to see why they therefore have such draw for so many veteran connoisseurs; after all, when you’re holding a Patek in your hands, you’re not just holding a watch. You’re holding a piece of horological history. And that leads us neatly onto our last point…

As we’ve touched on above, Patek Philippe is widely regarded as the single most prestigious watchmaker in the world, highly venerated even amongst fellow Swiss watch manufacturers. The immense experience and expertise of its craftsmen are proudly passed from one generation to the next, which is fittingly in keeping with that longstanding Patek tagline: “You never actually own a Patek Philippe. You merely take care of it for the next generation.”

The company is fiercely proud of its watchmaking techniques in particular – some of them date back as far as the 19th century. In continuing to champion these processes, Patek Philippe honours the legacy of its past without placing any constraints on its own future. Few other organisations can strike this kind of balance, and the unique combination of storied tradition and cutting-edge innovation present in each timepiece is just one of the many reasons why they remain such treasured possessions by buyers the world over. 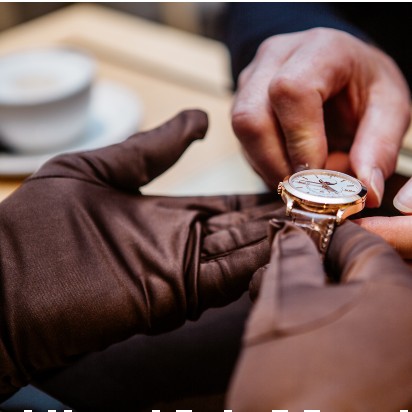 Of course, if you’re interested in the human history aspect of your watch, you might be interested in our previous post about why the character of your luxury watch is defined by its heritage. Or if you’d like, you can just ask one of our experts right here in our Blackpool showroom!

As an Authorised Retailer of Patek Philippe watches here at Leonard Dews, many of our staff have received specialist training to give them a greater wealth of expertise with this historic brand, and we’re still frequently asked about the 12 newest Patek Philippe releases for 2022.

Today, we’re home to one of the country’s largest in-store Patek Philippe spaces, showcasing meticulously crafted Swiss timepieces of incredible sophistication and intricacy, so you’ll find plenty to explore both on our website and in our Blackpool showroom (alongside pieces from similarly prestigious manufacturers like TAG Heuer, OMEGA, and Longines).

If you’ve got any questions or need any advice, don’t hesitate to pay us a visit or give us a call on 01253 754 940, and we’ll be happy to provide as much or as little help as you might need.